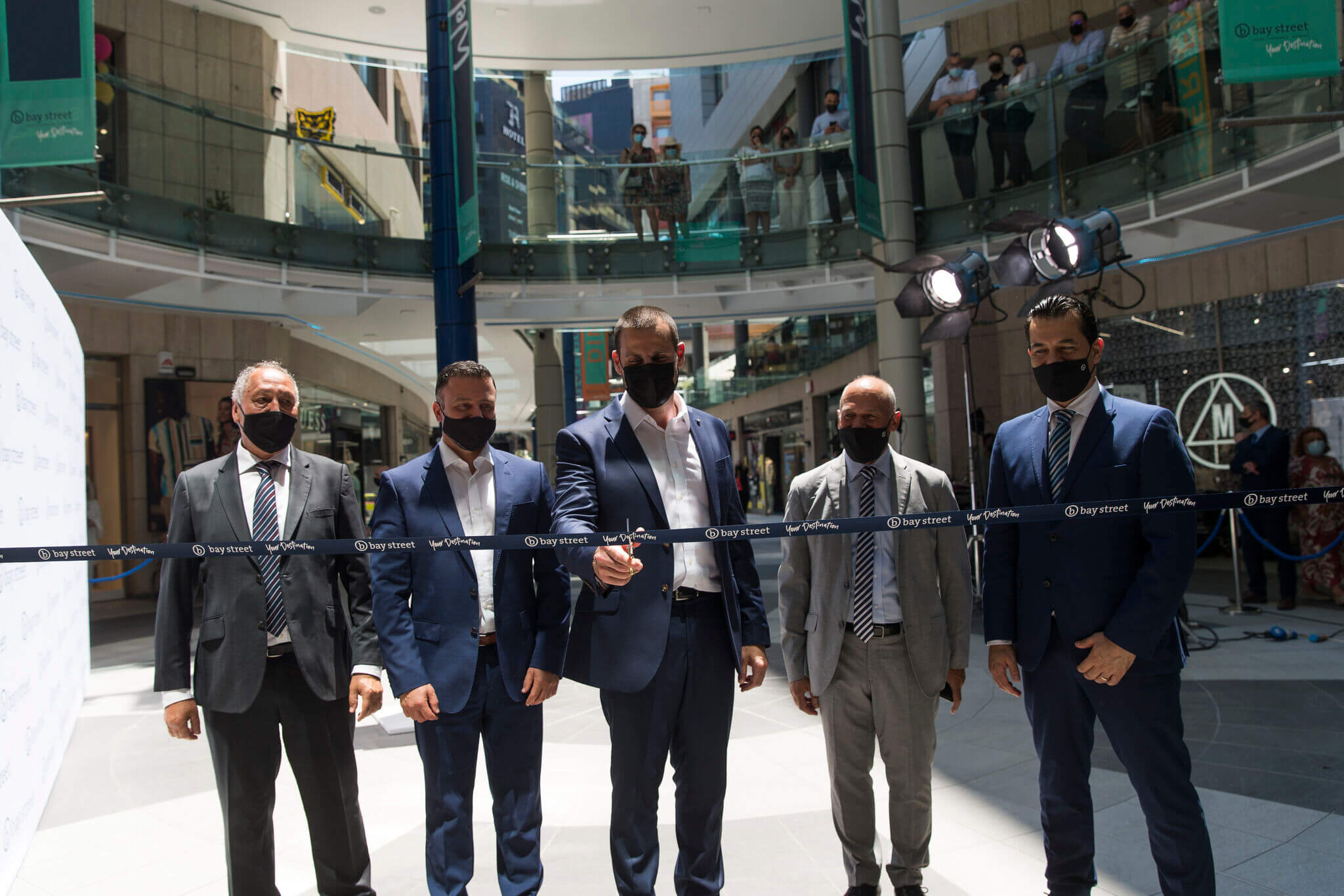 Bay Street welcomed Prime Minister Robert Abela to inaugurate the newly refurbished destination, which includes the addition of new brands and stores, as well as a car park with a capacity of 230 car spaces.

Notwithstanding the pandemic, the Bay Street Group continued to invest in diversifying its portfolio, that now includes the Shopping Complex, two hotels in Be.Hotel and the Hyatt Regency Malta as well as its own retail outlets.

The Prime Minister was accompanied by the Hon. Minister for Tourism and Consumer Protection, Clayton Bartolo, and welcomed by Bay Street owners, management and tenants.

Congratulating Bay Street Group on the refurbishment, Prime Minister Robert Abela said: “When earlier in 2020, our country, like the rest of the world, started facing the pandemic, some could have been scared that such a complex would end up with a lot of shops that close off their shutters once and for all. In this case, the shutters did go down, but only for a few weeks of investment that has lead to today’s inauguration.”

Bay Street CEO Albert Galea explained how Bay Street has evolved from one of Malta’s prime shopping complexes into a fully-fledged destination, offering a variety of dining and entertainment experiences as well as shopping. “The pandemic served to re-group and use the time to invest wisely to define an experience like never before. Bay Street was transformed with an investment of €14 million both by the group as well as our tenants. The complex and shops look and feel entirely new. Today we re-launch Bay Street as a family destination, with new brands, restaurants, and shops, as well as a 230-capacity car park. The group is positive about the summer months and our return to normality with local customer traffic as well as tourism both on the increase.”

Mr Galea thanked Bay Street tenants for their support including their own individual investment in refitting their stores in line with high international standards. Together they toured some of the outlets and met with staff and their customers.

Additionally, Bay Street Group also recently invested in the opening of a 5-star superior hotel; the Hyatt Regency Malta, situated in the heart of St Julians, adjacent to the shopping complex. The hotel was also visited by the Prime Minister as well as the Group’s Corporate Head Offices.