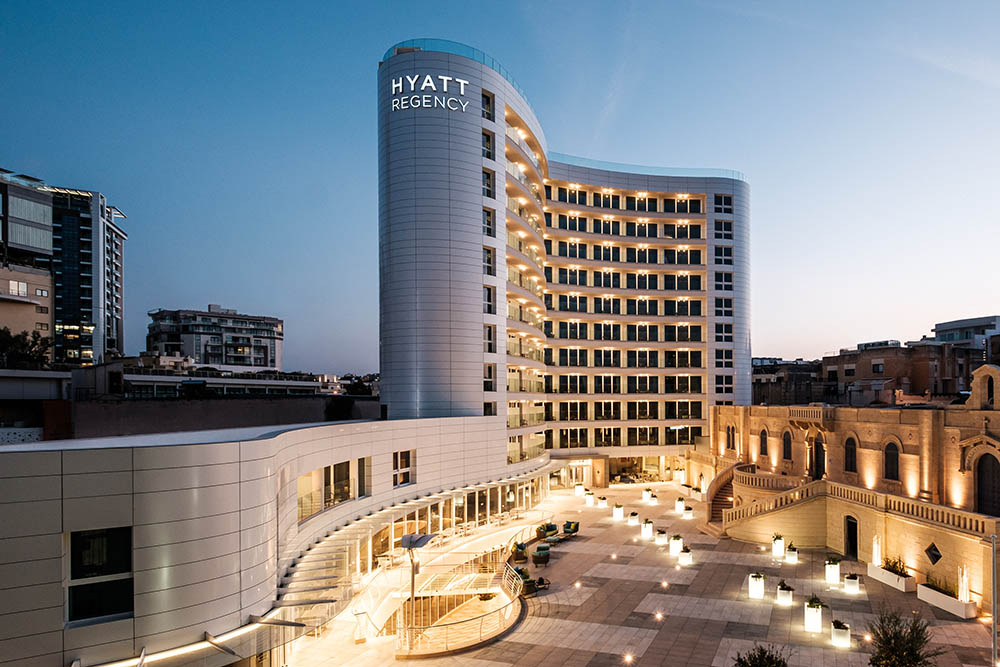 Bay Street Group’s investment in bringing the Hyatt Regency to Malta and establishing a 5-star hotel with luxury at its heart in the touristic village of St Julian’s has been recognised by none other than the renowned Forbes Travel Guide as well as the British Airways Awards.

On the 26th April, the Forbes Travel Guide presented its 2022 Star Awards recognising the world’s most outstanding hotels, restaurant and spas. Hyatt Regency Malta was one of 5 local hotels, and the only one in St Julians that was awarded a Forbes Travel Guide Star Rating award this year.

The Forbes Travel Guide Star Rating awards are rewarded following a visit from incognito inspectors that stay at each hotel for three days and two nights, posing as ordinary guests and testing up to 900 different objectives with very rigorous standards.

We are so proud of our team and their hard work they put into providing a great experience to all those visiting the Hyatt Regency Malta. While we are proud that Hyatt Regency Malta has been recommended by Forbes Travel Guide for 2022 as well as British Airways, we remain focused to ensure that Bay Street Group continues to expand and grow its expertise in retail, hospitality and food and beverage sectors, to continue establishing itself as a true market leader,” said Bay Street Group CEO, Albert Galea.